When you’re feeling like conquering the world, add a little fierce to your look. In Native American cultures, this meant war paint for both warrior and horse. Among New Zealand’s Maori, it’s a frightening battle face. If you’re a cat, you’re arching your back, hissing and letting your hair stand on end. If you're a woman, this likely involves stilettos. 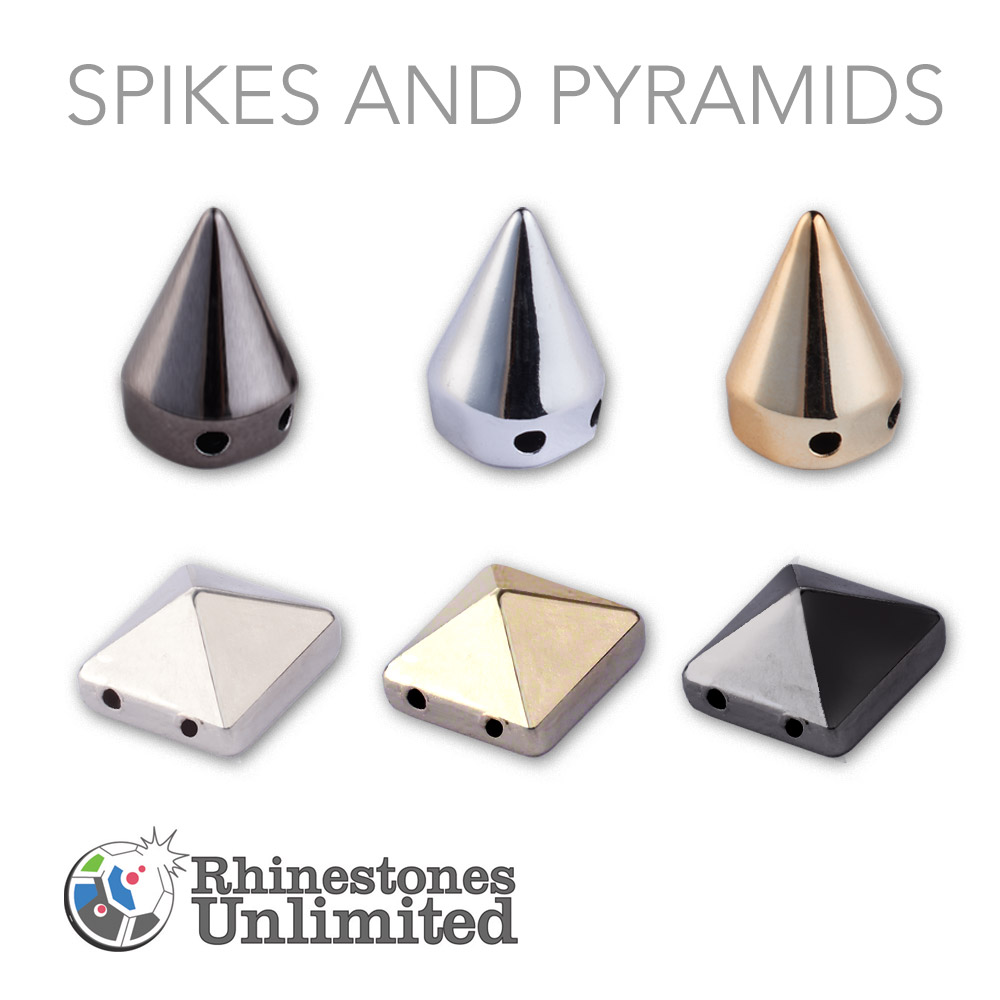 P.S. Don’t forget your men! Spikes and pyramids have mass appeal for both men and women performers.

There’s something to be said about letting the outside reflect the inside when you’re in true fighting spirit. In truth, I think both sides feed off each other. Every time you see your fierce self in the mirror, you feel a little more ferocious on the inside. That’s power, my friend, RAW POWER!!!!! The rock trend is rolling steady through all markets- dance, skating, western show apparel, even to ballroom!- and performers of any discipline can channel their “Beat It” underground dance battle fury with the addition of menacing metal spikes to their look. (Well, actually, they’re not really metal. The spikes and pyramids we stock are actually a lightweight acrylic, coated in a gleaming metallic finish that just look like cold, hard steel.)

Our spikes and pyramids are comfortable to wear and rather easy to apply- glue them on, sew them, or string them together. But, your opponent won’t know that! They’ll think you labored away into the night with relentless determination, unyielding, never breaking focus, just psyching yourself up for hours over the damage you’re about to lay down. See? Intimidation. It’s a key part of the battle. Now, crank up that ACDC,* put your game face on and get to town on kicking some tail, Xena.