The Winner of the Sparkle in the Spotlight Contest 2019 is Stephanie Seymour.

Stephanie is from Vancouver BC and moved to Seattle in 2011. She studied costuming at Capilano University and worked in the film industry in Vancouver on special effects costuming. After moving to Seattle, Stephanie worked for several years as the costume shop manager at Teatro Zinzanni (a circus dinner theater) before launching her own costume design studio. Stephanie enjoys working on costumes that are glamorous and sparkly and her clientele includes burlesque, circus, dance, drag, and competitive pole performers, to name a few. Her designs usually have a whimsical feel and she loves adding little surprises to the costumes to keep audiences engaged. When she is not working in the studio, Stephanie can be found in the garden, walking her pup Herbert, working on her house, or spending time with her family in Canada.

Read below the Inspiration and Process of the making of the winning costume in Stephanie's own words:

"This spring I lost my Grandma, one of her loves was painting and her talents inspired me to design this tutu.  I envisioned the #crystalsfromswarovski could look like they were painted onto the costume and the fabric itself was the canvas. The only color added to the costume would be in the use of Swarovski crystal and appliqués, I also wanted the underside of the tutu to ombre from black to white (I love adding little surprises to my costumes). My Grams always supported me and my work, I would not be the person I am today without her influence!

Choosing the Right Crystals From Swarovski

The hardest part of this project was choosing what #crystalsfromswarovski to use, there are too many great options to pick from but ultimately I went with Swarovski’s new lacquer collection @rhinestonesunlimited. I felt like its opal quality of the collection would really look like “paint” I also ordered crystal AB stones in various shapes and sizes for added sparkle value.

The 6 designers were challenged to feature @rhinestonesunlimited appliqué line in addition to the Swarovski crystal line. I chose to use their DIY appliqués because I wanted to paint them myself to complement the lacquer crystal colors I chose.

Time to paint the DIY appliqués using my favorite paint (I have it in every color!) It’s very convenient the appliqués come individually stuck to cardstock, I just painted them right on that cardstock then removed them before the paint was totally dry to avoid having to trim the edges of excess paint.

Time to build the tutu, I cut all the layers from different shades of tutu netting, then very carefully labeled them. I chose to hand tack the tutu instead of using the plastic tag gun.

I cut up the DIY appliqués and pinned them to the tutu for hand stitching. Because I painted the appliqués they did not fray at the cut lines. I wanted them to blend the transition of netting to fabric in an organic way."

Fin! I think my grandmother would be honored to have this piece dedicated to her. It turned out just as I had dreamed it would and I feel lucky to have brought it to life." - Stephanie Seymour 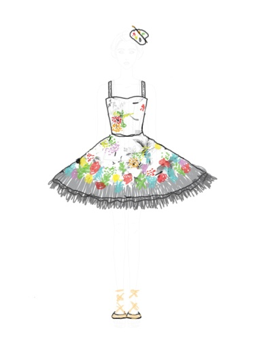 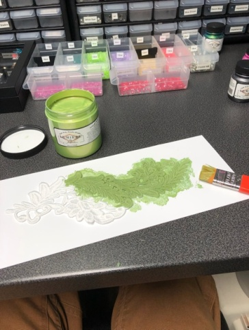 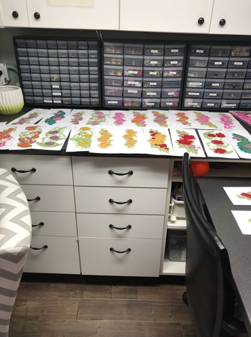 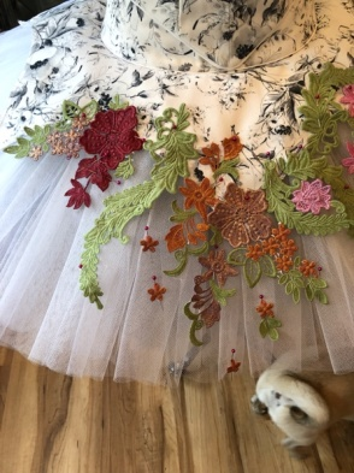 "This is a painting my Grandmother Leona Flood painted for me when I was little. She chose an image that made her think of each one of her grandkids then painted and gifted the artwork. When I look at it as an adult I definitely see why she chose it for me, I'm always in my own little world dreaming up crazy costumes covered in Swarovski crystals." - Stephanie Seymore 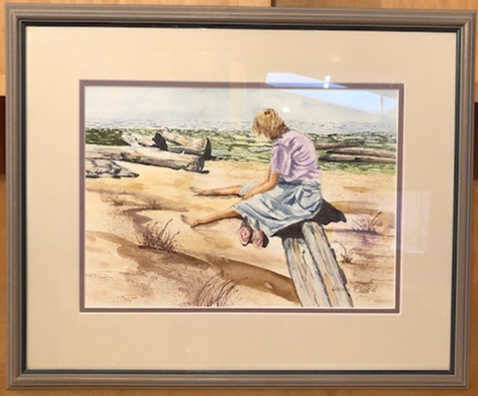 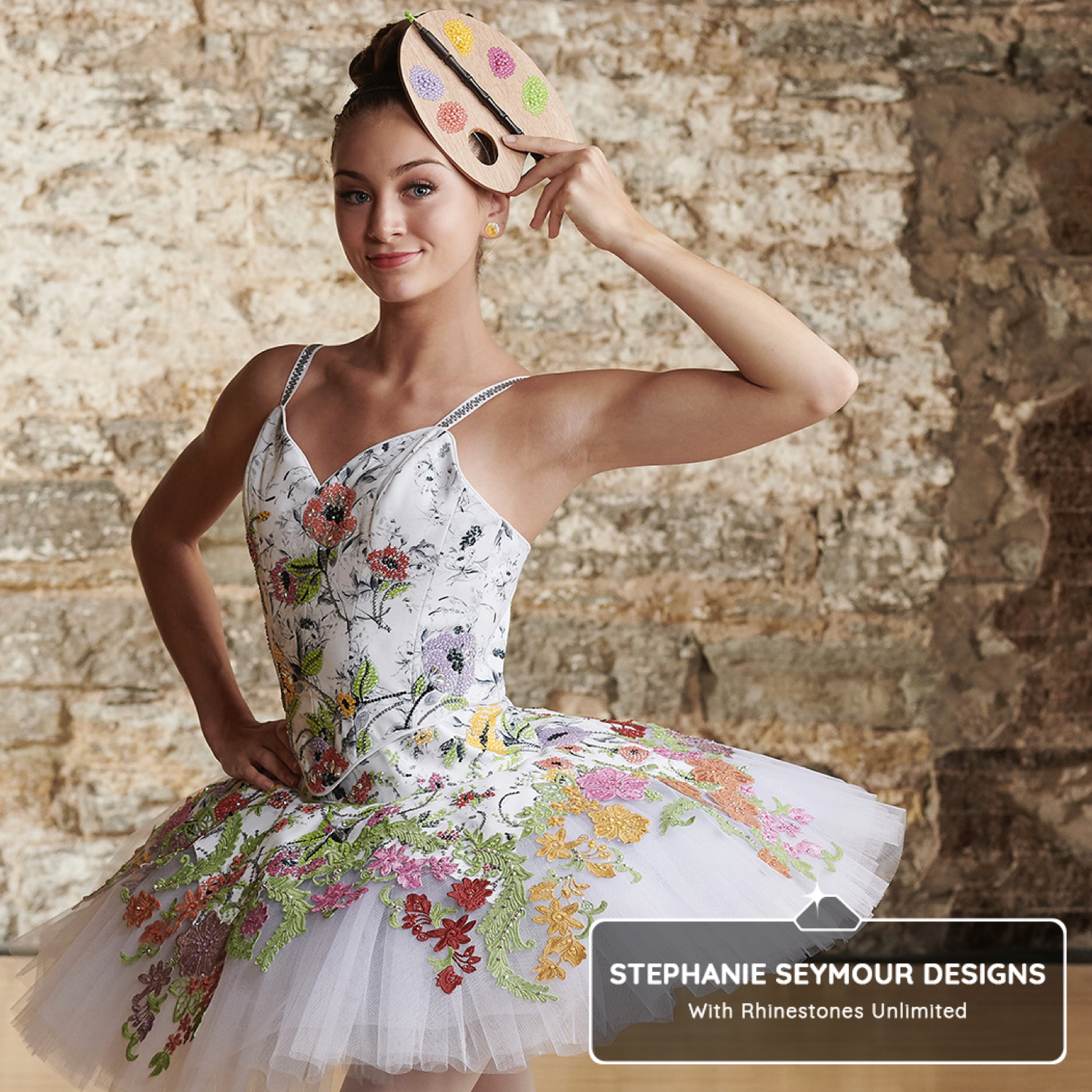 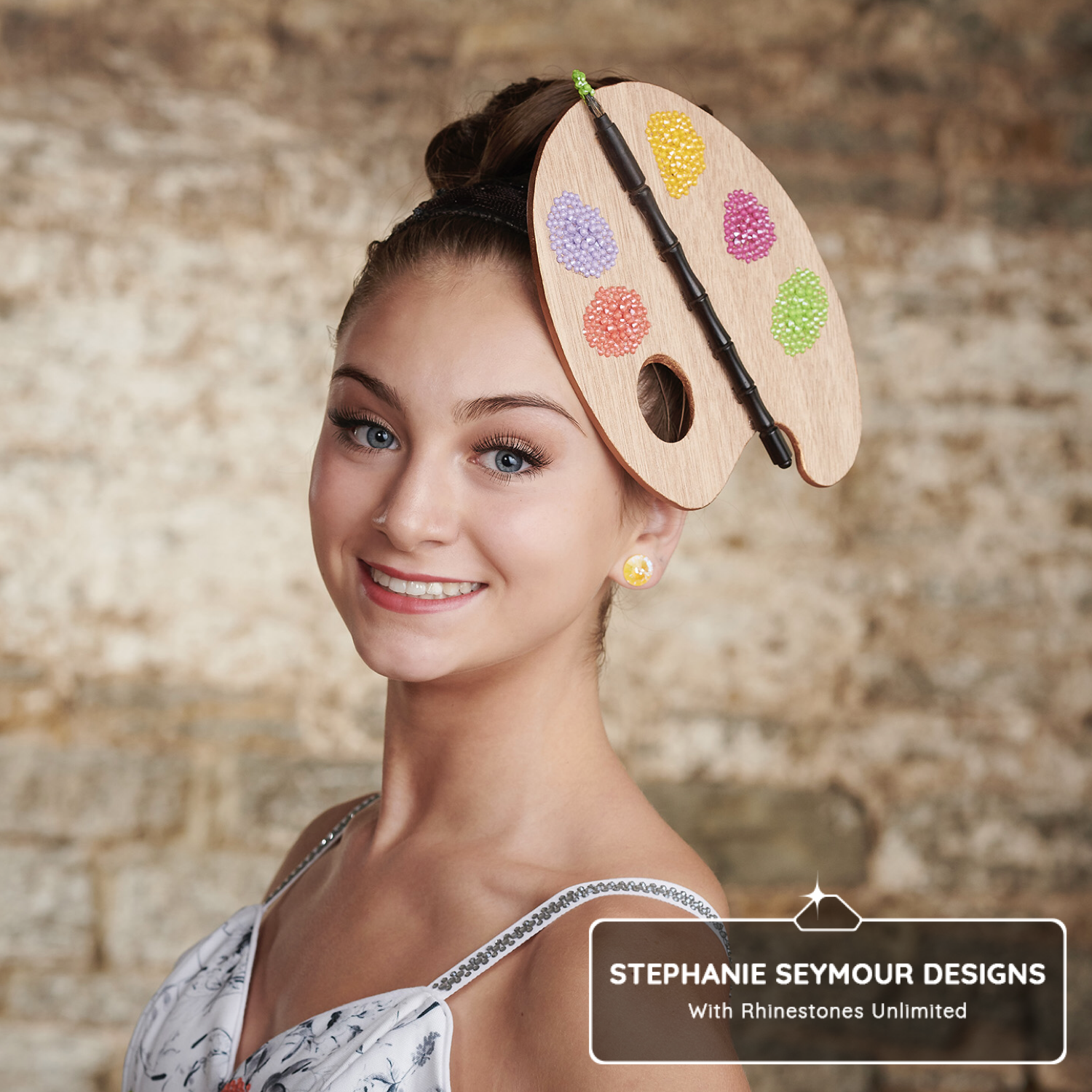 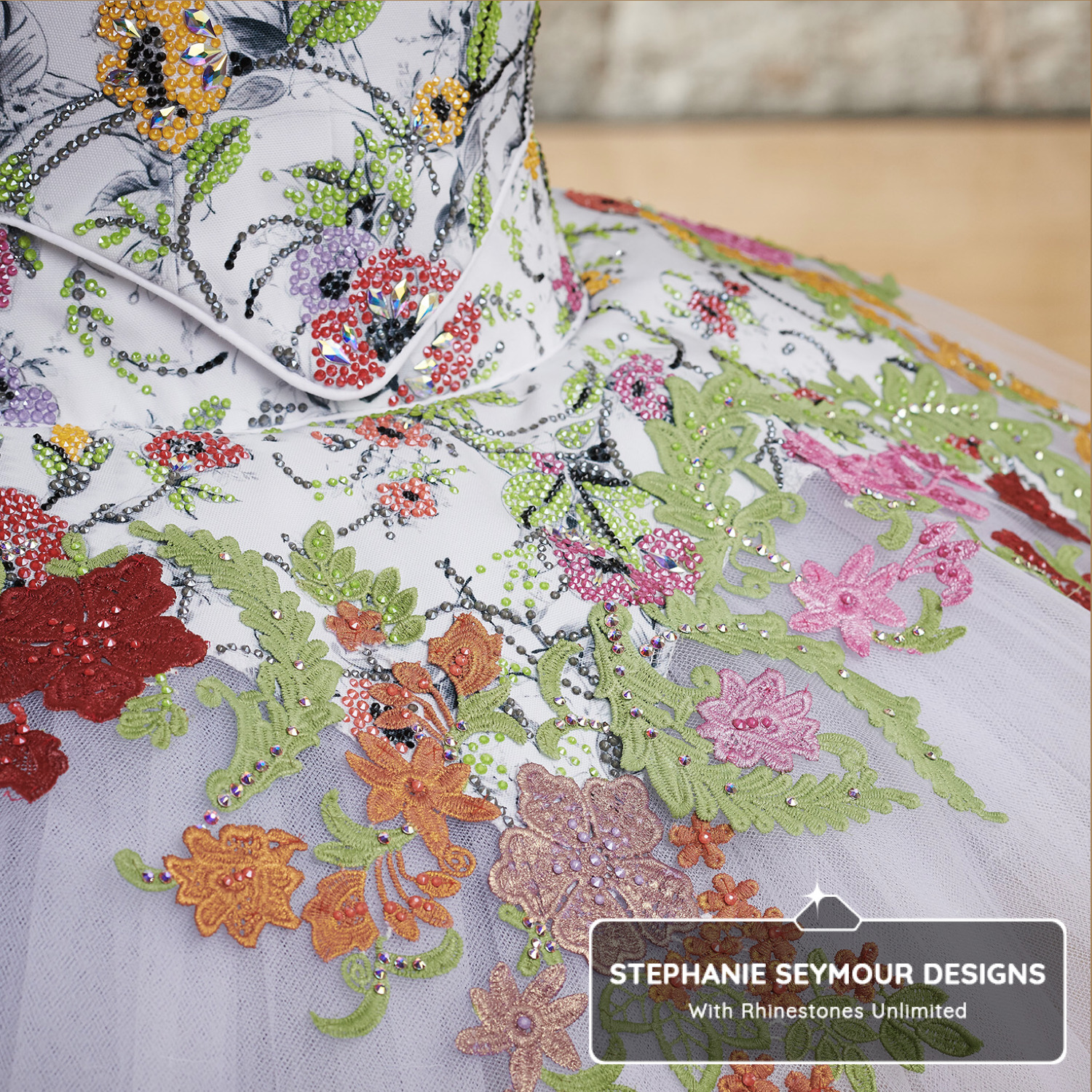 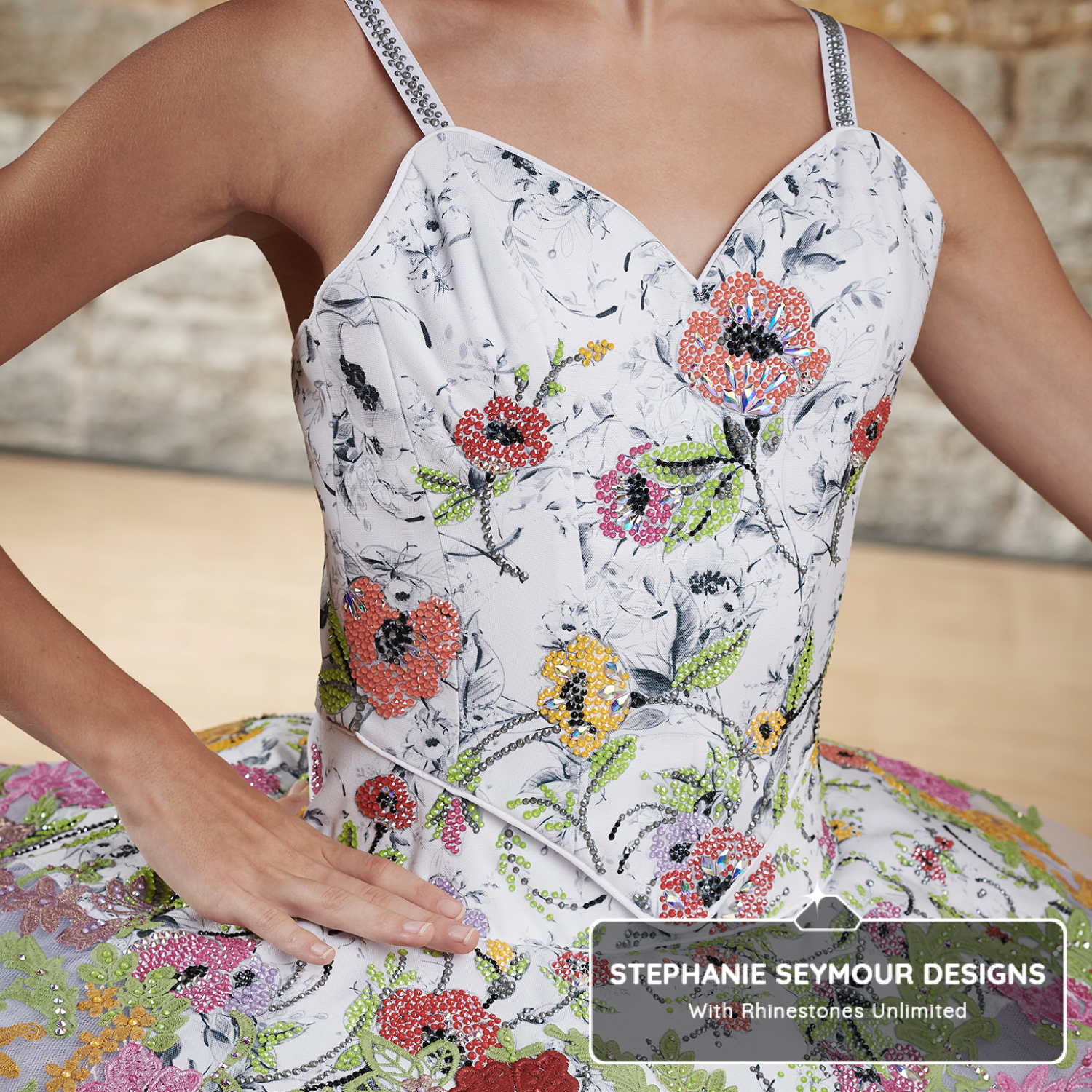