Rhinestones Unlimited is proud to have sponsored the University of Minnesota's Dance Team for a 4th season with two gorgeous costumes. This team has heart like no other and represented their school and home state and took home runner-up in the Jazz category for Division 1A at the 2020 UDA College Dance Team Nationals in Orlando, FL this January, 17-19.

JAZZ COSTUME: The Design Process began as a collaboration between Rhinestones Unlimited, Swarovski, the University of Minnesota Dance Team and local MN dance costumer, Elle Bauer Designs. Elle is no stranger to the UMDT, as this is her second year designing the jazz costumes for the team and also has a daughter, Chloe, on the team. We're also quite lucky to not be strangers to her either, as she works here and shares her expertise here at Rhinestones Unlimited. Initial direction for the design was taken from the coaches, Kim Crawford, Rachel Fellows and Rachel Soule, as well as the choreographer, Mackenzie Larkin Symanietz. The song, Hypnosis, by Travis Lake, is hard hitting and the lines of garment were sure to follow.

Swarovski Crystals adorned the bold lines of the black metallic fabric in deep hues and metallics which highlights their crystal coated colors in Rainbow Dark, Scarabaeus Green, Silver Night and Light Chrome, in sizes 8mm-20mm. Also capturing the edgy black mesh fabric they added Swarovski crystals in Jet Hematite and Jet, as well as Fancy stones and Pearl shapes also in Jet. An astonishing 10,000 Swarovski crystals were applied to each of these costumes.

The Jazz and Pom costumes (which we'll get to in a moment) both had custom Swarovski crystal hot fix transfers made, which then requires them to be placed individually onto each garment and then onto a heat press to be secured to the fabric. Both costumes also required hand strassing, an individual filling in crystals, gluing them on, one by one. The strassing on the Jazz costumes were done by hand on the collars, the belts, and center stripe on each costume. Let's not forget about those adorable 4 crystal barrettes each girl was wearing in their hair. Those, too, had to each be hand glued individually onto the barrettes. For both the Jazz and Pom costumes the combined Heat Press time was 80 hours and the hand strassing was 60 hours. Yes, these costumes were hours on hours of labor, but for a team who is worth putting in the time for. Because each and every time they perform they remind you what the meaning of teamwork is all about.

Elle Bauer Designs was the master mind behind this dramatic creation, but she is thankful for her own supporting cast that helped along the way. All three wonderful supportive coaches came to Rhinestones Unlimited to help with the heat press and individually gluing of the crystals, along with team members, Chloe Bauer and McKenna Schaffer. A thank you to the always supportive UMDT moms who were generous of their time and talent in helping getting the costumes completed and ready to compete. A special shoutout, to the chief engineer, John Bauer, who was instrumental with the heat press layout and design process and who we can't forget is also a proud UMDT dad. 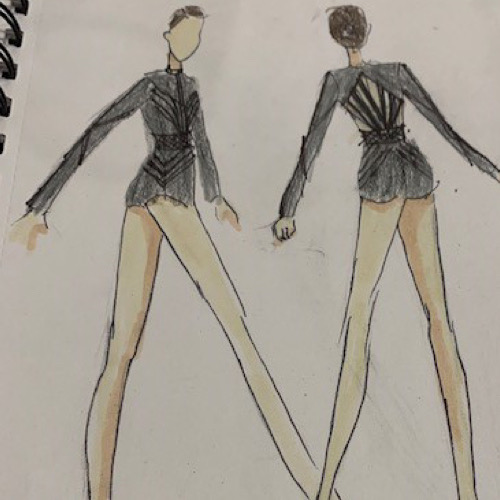 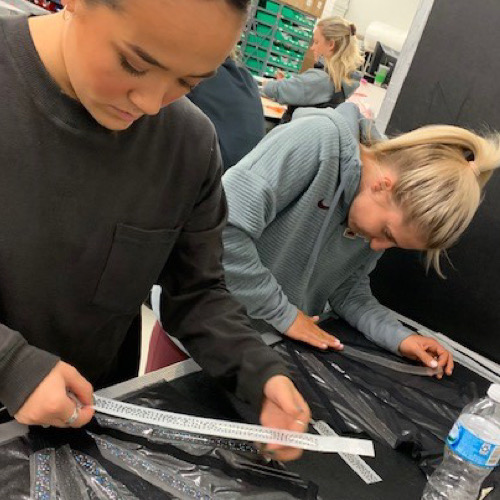 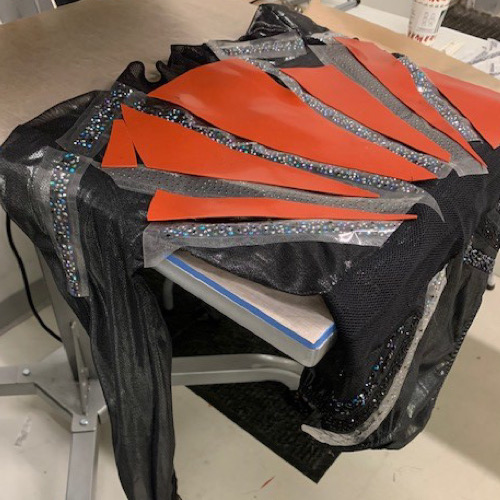 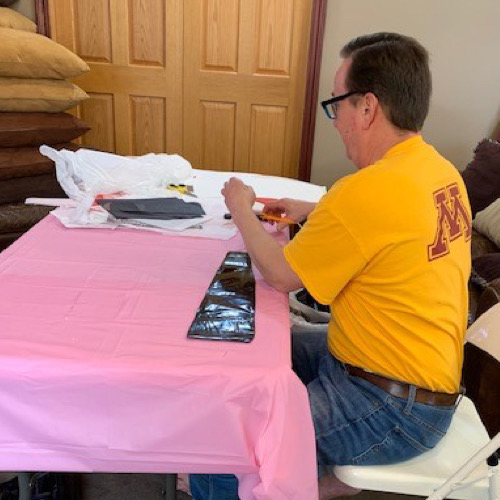 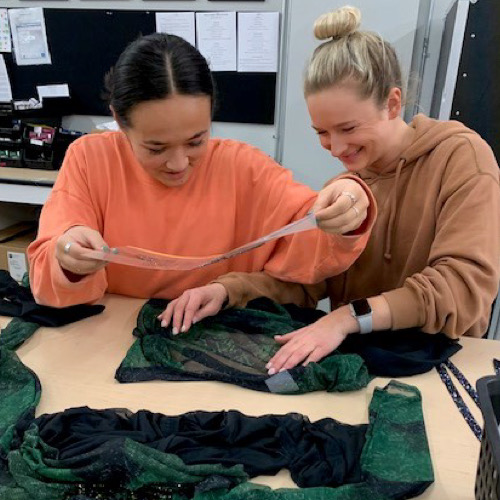 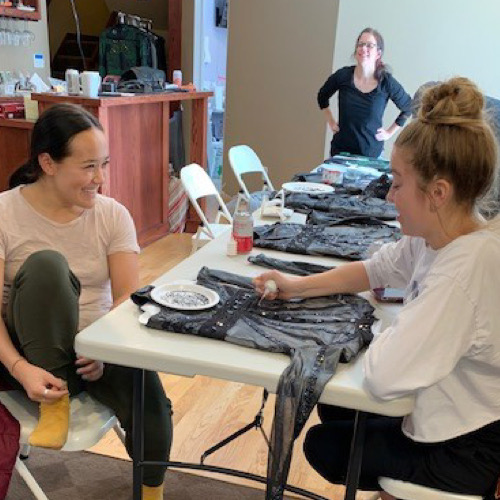 POM COSTUME: The Design Process began as a collaboration between Rhinestones Unlimited, Swarovski, the University of Minnesota Dance Team and local MN company Just for Kix. Once again, the initial direction for the design was taken from the coaches, Kim Crawford, Rachel Fellows and Rachel Soule, as well as the choreographer, Amanda Gaines. The Song this year was, Survivor.

Always a pleasure to work with, to sponsor and the absolute most fun to watch. Congratulations University of Minnesota Dance Team, once again you made us proud. One love.♥️